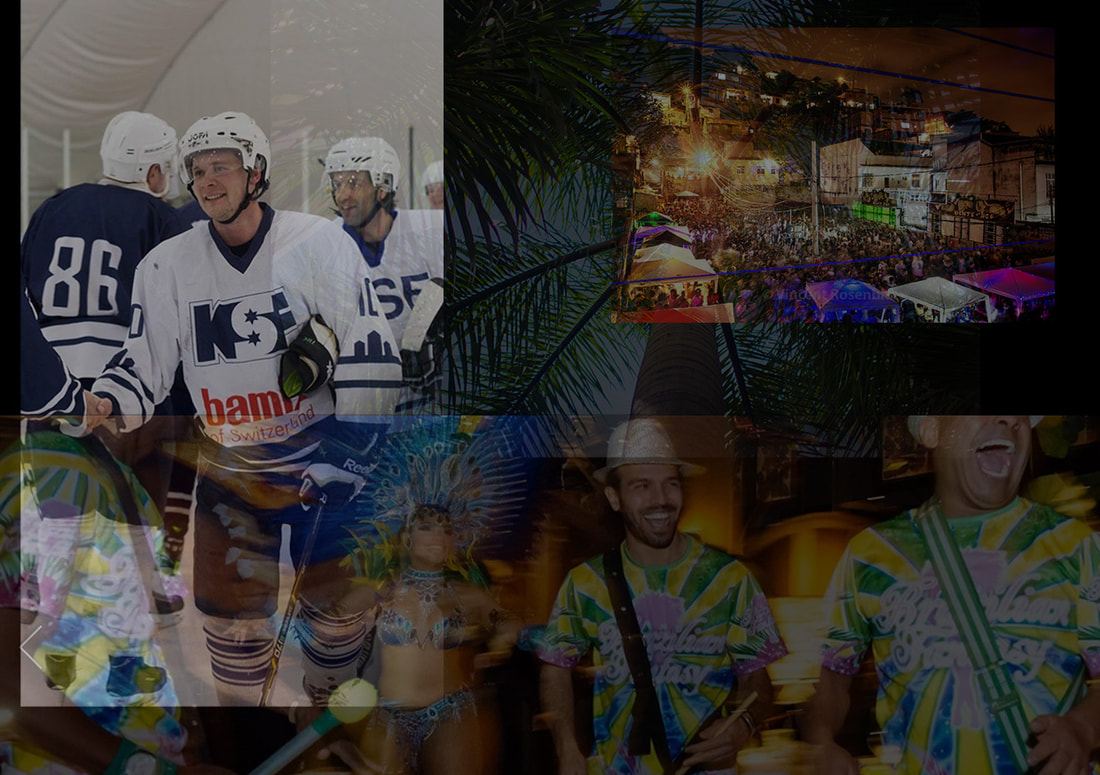 The soundscapes of ice hockey: Crash, Swish, Bam echo between the hall's steel and concrete, plexiglass and ice. The sound of fast skates, shots, fights with the hockey stick and bodies smashing together in the board, the referee's icy whistle signal, the players' quick exclamations and the crowd's roar, mixed with happy goal fanfare. The soundscape is as rock hard as it is fanatically intense.

The incomparable hockey sounds have a corresponding musical soundscape, a music that offers the same intensity, originality and hardness: the samba pulsating favela funk from Brazil. In this work, Stine Kvam has combined rhythms we recognize from Brazil, with the hockey game, sounds from the Northern and Southern Hemisphere throw the listener between a tropical heat and the cold of the ice; into volleys of shots and slamming pucks in the glove, softly swinging rhythms and rock-hard tackles.

The exhibition is kindly supported by